Just written an article about the early '90s compilation tapes I bought for 19p each from a music shop, which were so nicely crafted, and so personal. That'll appear in #2 of the print fanzine. But for now, I just want to write how much I am taken by a band I found on those tapes - This Mortal Coil. More of a collective than a band - led by the founder of the amazing 4AD Records, with various collaborative guests from the label. 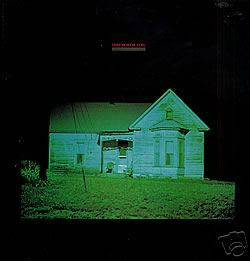 The song that bowled me over so much was Sixteen Days their first single. I'm no Cocteau Twins fan, but Liz Fraser is on vocals and the bass-fantastic, moody music combining with it, it is all just a pure dream. The sparse keys-only intro leading into guitar and what sounds like a cat meowing, and dark, gothic sound, all circling round and building up to a song I've been hooked on. It's been nice to rewind it and replay it, a rare action when everything's digital. I can listen to one or two songs maximum on the stereo before I hotfoot it to work (depressingly, it's not enough to make me feel happy to start the day), and this has been on repeat in recent wintry months. The production is also great, and the way about 5 minutes in - for this song is 9 minutes long - the song changes musical tack completely. It's just perfect. Gliding along, chorus pedals, and sinewy female vocals...

I was surprised to come across a reissue of a This Mortal Coil album in a record shop in Bristol recently, and despite the high price just had to buy it - to get my hands on some of their stuff, and to support the independent record shop in question (Rise Records, which I have never been to).

Sixteen Days is not on any album, though, nor did I come across anything by them at any of the record stalls on markets I have so rarely but enjoyed findign recently - so I just gave in, and have bought it on 12 inch on eBay from someone in Ireland.
Posted by All Thrills No Frills at 13:17