Best Coast to beat the blues

Nothing beats when you're blue and you know you can go to a music shop for guaranteed cure. The other day, I was drawn to my nearest HMV and I knew which album I needed to buy: 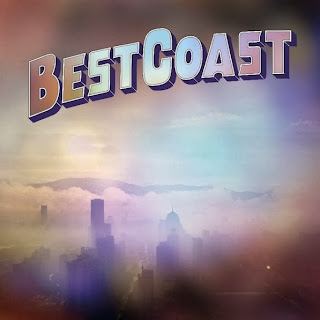 The lead song from Fade Away didn't seem great when I listened to its premiere online. I thought it was a too slow and by-numbers-Best-Coast. But it has hugely grown on me to the point of delightfully addicted repeat plays. The moment this song speeds up and explodes is pop joy abandon, pure sing along.
I'm not drawn by much widely-aired indie anymore, I've outgrown it or it just sounds typical, jaded to me. But Best Coast are dear in my heart. True, there is simplicity, but enthusiastically and heartfelt. Not only in melody, but I've always appreciated Beth Cosentino's candid lyrics, not afraid to sing about feeling messed up (sometimes drugs or drink) or washed up or tired and old, often in relation to fame or being on the road and in a band. That makes them sound dour (haha, they're really not, and if you know them, you know this well! but read Beth's Twitter for her repeatedly mega drinking tales for assurance, for one), but they always have me singing along, and often have me feeling like I could run along with glee; bliss. They bring a lot of sunshine, true to their name.
Beth's voice has always sounded refreshing. The heavy marketing of faux Cockney, and/or pale-and-prosaic-offensively-inoffensive-voiced female singer-songwriters that seemed to come in a neverending wake after Lily Allen set the precedent, makes Beth Cosentino a very necessary heroine, to me.

It's nice to stop and appreciate that even if I get jaded by a lot of current guitar based music, there are still indie pop bands for me to feel aglow about - moreover, that I still crave and love to go into new record shops and by new releases and rush them home. It helps a lot that a release like Fade Away by Best Coast also looks so urgently pretty to own as well; cover and disc. 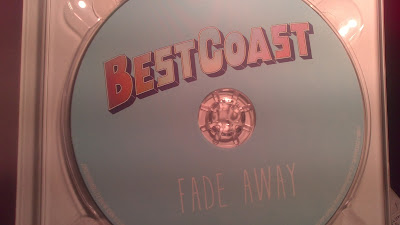 Something puzzling is how many fans seem to be hankering for the Best Coast of their debut album. For me, that second album last year was strides above and beyond the first; showed how the band had grown as songwriters, to perfection. This latest mini album is an between major releases affair, so here's looking to the next album, and more Best Coast at their best.
Posted by All Thrills No Frills at 10:04