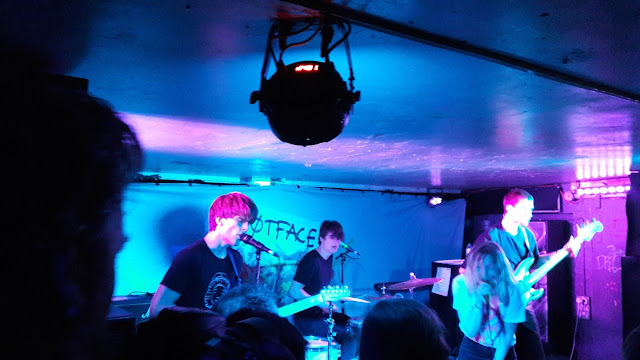 Haley's vocals are rasping, growling at times, but give way to gentler, more thoughtful moments. Scandinavian indie-pop has been known to be incredibly marvellous over recent decades, but it's mainly been led by Sweden, what with the gigantic splendour of Labrador Records leading the charge with the Radio Dept., The Shout Out Louds, Sambassadeur, and more. The rockier, heavier end of things has probably been best represented by the part-Danish Raveonettes, but I'm open to hearing about more bands I've missed along the way. 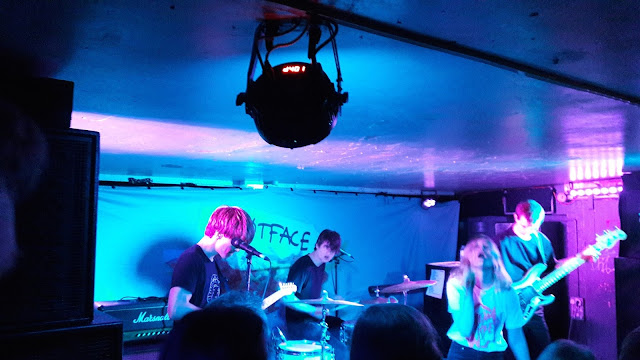 It's welcoming, refreshing to hear some new, young upstarts from Norway, I'd say. Plenty of highs in tonight's basement bar gig. The Cellar Bar is a trove of a venue and has just recovered from threats to its future, so tonight feels like a celebration and we're celebrating in other ways with a special occasion around this date being the reason for our trip to Oxford city, and this very gig. Note that, please, Oxford City Council - small music venues bring in tourism too ! 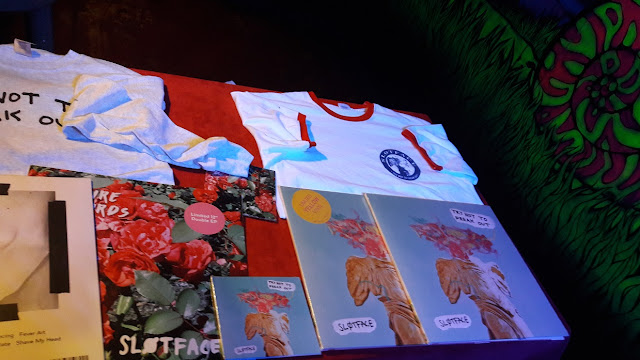 One highlight had to be seeing all the young fans at the end of the night, crowding round singer Haley at the merch stall, telling her how brilliant the band's performance was. Towards the end of something like a 50-date tour, those must've been warm and wonderful words. I also liked being reminded of the years I spent approaching bands like that, nervous, young, in thrall and praise. Long may that all live!
Posted by All Thrills No Frills at 02:31