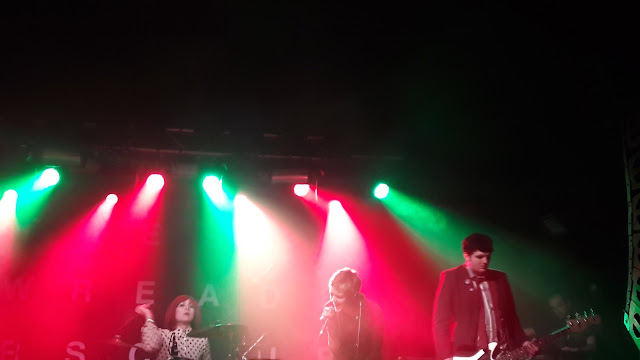 A second Desperate Journalist gig in London within a few weeks of the last. I grabbed the chance! Just a 30-minute set, which left me hoping for an encore, but it was perfectly delivered - in the usual crisp, shiny indie style,.

Why Are You So Boring? continues to sound like an anthem. Lacking in Your Love, epic as ever with its crepuscular, swirling guitar notes winding around dreamily, all hazily reminiscent of This Twilight Garden by The Cure. 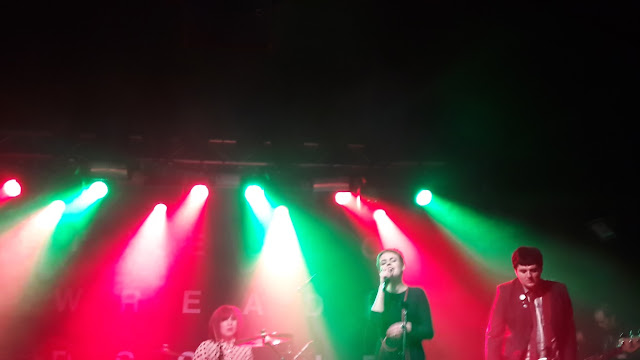 Resolution sounds better with every live performance, or maybe it's just grown on me as another indie pop hit single sounding success. Christina burst in with further pop aplomb.

Great to be down the front, singing along and enjoying the splendour of it all.

From my spot, I didn't get the whole band in the photos, but I thought I'd include them anyway for the lights and the pop stariness of the three quarters of the band I did capture under pink and green dazzle. 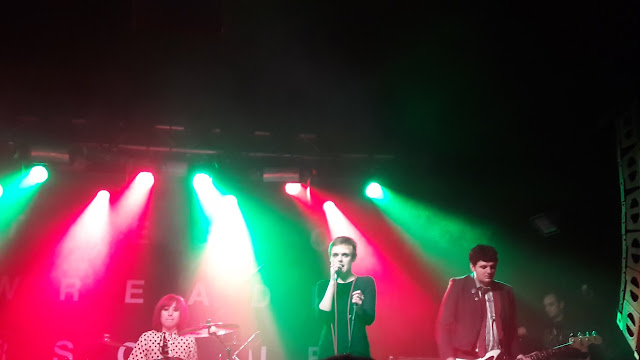 All the chorus pedal guitar riffs are still ringing out in my ears and I'm full of adoration for this band.
Posted by All Thrills No Frills at 02:48