This Cat Power album is fast becoming one of my repeat-play albums of this summer. It's got the right breeziness for intense heat. Manhatten feels especially cool. 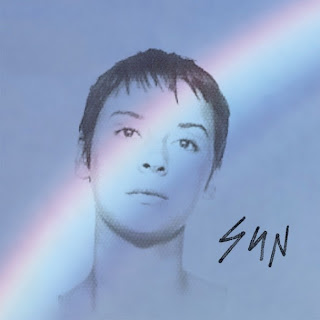 I was worried that having lost touch with Cat Power, and not being keen on some latterday stuff, that I wouldn't like the album. In fact, hearing some of the leading material from this album on Youtube, I was disappointed, it felt pale and not all that melodic.

But seeing her Glastonbury performance this year (one of only about two or three televised acts worth my time - the rest wasn't even broadcast, eg Six By Seven, Robyn Hitchcock - and I got to pining for John Peel's wry and lovely voice as well, but that's another story...), turned me right around. I find an honesty and a kind of strength in her clear discomfort for playing live, no falsity or persona. Albeit, she did seem pretty stoned, and sadly kind of lost, but, that's Glastonbury for you, I couldn't blame her for being overwhelmed/high in the moment.

My immediate reaction to seeing her sing again after so long was fondness. When I was at university, I practically worshipped Chan Marshall: the only female poster on my (male-dominated) wall, and I wanted to play guitar like her, and I saw her live, loved her interview comments, wanted to be her, etc... There are very few females that have that effect on me, if I'm honest.

This album has two huge highlights in the opener, Cherokee, and Manhatten. I've got to admit that hearing these songs on the stereo, and not on a basic laptop, makes such a difference to my feelings for them, too. Obvious thing to say.. But sampling stuff online is often such a bad option for me if it wrongly mars my reactions, as is often the case.... I suppose it's not always down to quality, though, but the immediacy (instant) that the medium demands (though, conversely, with the recent, new Six by Seven material I was hooked from the off). This video for Manhatten is really cool and in good fun though - and maybe now I know the song and taken it to my heart, I enjoy it a whole lot more. I have to state how much I adore the electronic beats along to the piano riffs too:

Overall, it is Cat Power's honeyed voice, treacle thick and sensual that wins me over, and reminds me what I love about this artist.

A toast to Sun by Cat Power, then! Soundtrack to beautiful, laidback summer evenings. Now, to complete my Cat Power collection.
Posted by All Thrills No Frills at 09:44