Albums from summers past 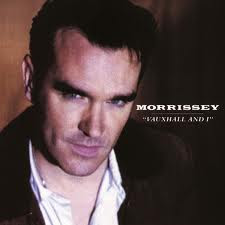 Breezy but hot summer has reminded me so much of youthful afternoons listening to Vauxhall and I. And how I seldom dig it out nowadays. I actually still only own it on the same cassette tape that I taped it from the library with, back then! Had to have a bit of  a dig around to locate it. On the flip-side are a bunch of classic/repeat Peel sessions, mix of stuff like New Order, Sleeper, Gene, The Cure, The Housemartins, oh and John Peel saying he'd need thousands of pounds to hear any more session tracks by The Farm...

The slew of six songs on the first half of this Morrissey album are absolutely, unadulterated perfection, for me. Now My Heart is Full, Hold onto Your Friends, and Why Don't You Find Out For Yourself, in especial. The opening line of the latter kept getting in my head with the weather, and made me need to hear it again. The rest of the album is good to excellent, but it's the first half that makes this album for me. Ah, so much yearning. The songs really take me back to a point in time, and, yep, I was often found indoors, supine, and writing letters to odd people in Luxembourg, and the like...

Another breezy sounding album from this sort of time, again borrowed from the library and stealthily recorded onto tape, and still needs to be replaced on CD, is this one: 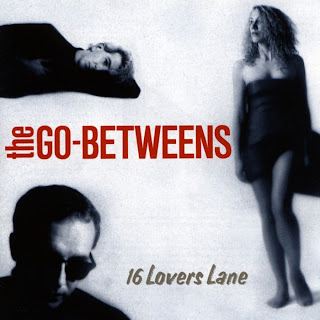 Singing my heart out, dreamily, such a romantic, prettily melodic collection of songs...quiet, sometimes lovelorn, but assured vocals...emotive, poetic lyrics....really very literate and eye-opening to me as a teenager, I even made a homemade lyric booklet to fit inside the tape case - days before the internet! I copied them by hand often - though this time I must've used not even a computer as we hadn't one, but an electronic typewriter...The inter-vocal play with female and male is so nicely complementing...Dive for Your Memory so evocative of being on a cliff....reminds me of picnics by water, and cycling in the sun, writing letters to endless pen pals on my bed of an afternoon with the tape on...the harmonica part of Quiet Heart drifting out of the window, plaintively...

Streets of Your Town is the highlight of the Go-Betweens' 16 Lovers Lane, for me, really feel the cool breeze when I hear this song...

Still such a painfully underappreciated band, so many perfect songs, and I'm glad I could appreciate them at such a young age. This album is seamless for me, not a band song on it, one of my favourites.

Posted by All Thrills No Frills at 04:49