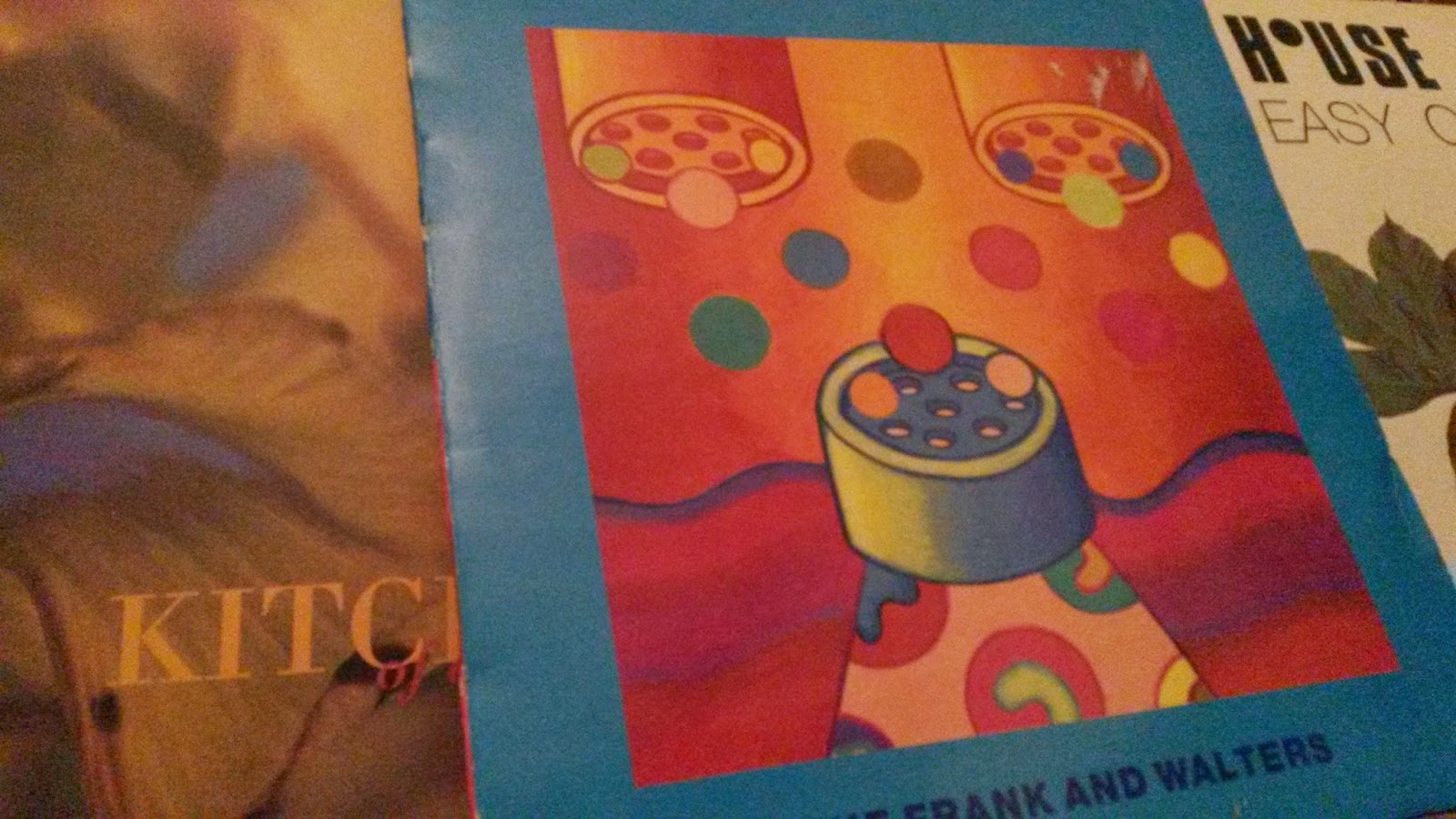 Another cracking Soundbite record fair. The bargain indie box contained lots of curios. I've always got room for more early 90s indie 12 inch singles in my collection. I thought I'd give more Kitchens of Distinction a whirl, and The Frank and Walters were a familiar, positive name from mid 90s radio (just been listening to Indian Ocean and it takes me right back). A House are a band that one of our nice, loyal readers recommended to me personally, so had to be bought! These singles all came in at £2 or less each.

I also had to buy a set of four 7 inch interview/picture discs of The Cure. I could probably listen to Robert Smith read several Dickens' novels uninterrupted and not feel anything but cheerily comforted, honestly!

The Frank and Walters EP had me dancing right away. They are incredibly worthy of greater investigation, and make for another addition to the long standing reasons why I should have been born between three and five years earlier than I was... The songs Happy Busman and Humphrey are even more sunny side up and brilliant than their titles.

Another of their songs I've found recently is Indie Love Song, which is from just a couple of years ago, as The Frank and Walters remain active (hooray)...


Something jaunty from the mid 90s too:


The Frank and Walters are playing Shepherds Bush Empire next month supporting Wonder Stuff and Carter USM. But it's sold out. Between this and Vashti Bunyan's church gig selling out, I feel a bit sad. Just have to buy all their albums, then...

The Kitchens of Distinction single is nicely swirly, and A House sound good and jangly though this song may be atypical of their stuff.

Nice to note that Edwyn Collins was producer for the A House single, as well as The Frank and Walters one. I didn't realise he'd done so much production, but it must've all been fortifying for writing those episodes of West Heath Yard.

Record fairs are so good for unturning stuff I might otherwise not.
Posted by All Thrills No Frills at 14:02