Found these photos that I took of Viv Albertine at Strummerville festival, in 2010. I remember it was such a lovely festival feeling - hot bright sun and excitement. I was so giddy to rush down the front to hear Viv sing, the first time I'd ever heard her.

She was great, such humourous lyrics, and a really unique approach to songwriting, lots of personality and a mission to make statements were bound up in things. It was just her and her Fender guitar and her quiet seemed more powerful than a full band. So true. I have seen Viv play live since, and those feelings were reinforced. 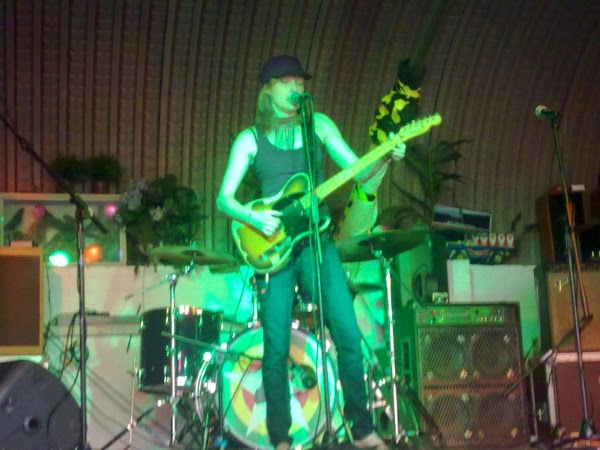 I've been so engrossed in Viv's book the last week or so. I ended up staying up till gone 1am one night, unable to move or put the book down. It's so zippy and so packed full of feelings and experiences. Viv-id! 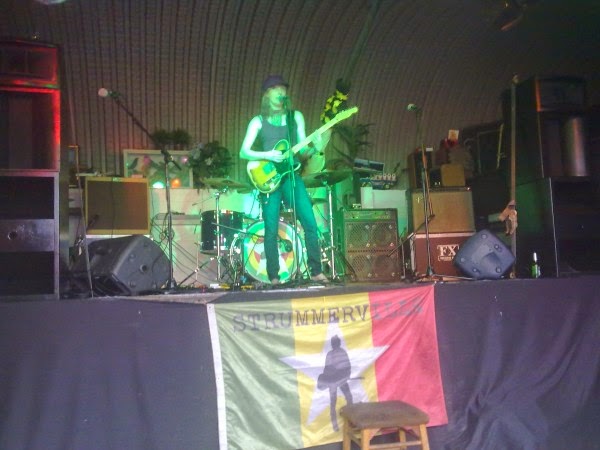 Posted by All Thrills No Frills at 14:44