The Beauty of Earls Court (set to be demolished) 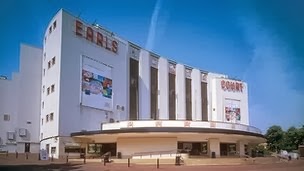 Earls Court features in a song by the revered Robyn Hitchcock - the lyrics, more than a decade old, seem to have been strangely prescient:

It opens with the couplet:

Money makes the world go wrong
So what, who cares?

It goes onto sing sweetly of 'the Beauty of Earls Court', which is 'like the canyons of New York (but not as filthy or cool)'.

But then - given the possible future fate of Earls Court - comes a real gut-punch of a line and sentiment:

It's pure coincidence, but just carries such huge resonance in the circumstances.

Earls Court not only faces loss of its large, grand, beautiful, original art deco exhibition centre/concert venue - but the loss of community and housing with such huge impact.

This is about displacement of people, above all. 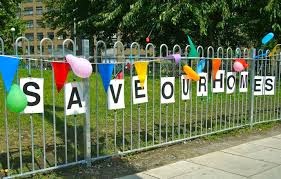 To get up to speed with the campaign, please read on here

Save Earls Court campaign has been going strong with support of affected residents, and you can follow their plans on the official website: http://www.saveearlscourt.com/

From the campaign site:

The Royal Borough of Kensington and Chelsea and Hammersmith and Fulham has approved the demolition of the world famous iconic, art deco Earl’s Court Exhibition Centre. The Earl’s Court Area Action Group believes that decision is wrong. It is now campaigning to save an asset that is of vital importance to the capital's economy. Together, Earl’s Court’s twin exhibition halls provide West London's largest exhibition/ conference space and concert venue. Despite assurances, it transpires no tangible replacement facilities will replace a loss, which economically and culturally defines the area.

Additionally, against the majority wish of its residents, a community’s perfectly adequate homes will be demolished in the name of a hungry developer’s bottom-line profit. This is ill-conceived scheme pushed through at the expense of the area's economic and cultural well-being and needs to be halted.The Earl’s Court Area Action Group urges you to sign its petition to Eric Pickles, Secretary of State for Communities and Local Government asking that he calls in the applications due to the conflict of interest for Boris Johnson in his capacity of Mayor and head of TfL, which owns a substantial part of the development site.

Posted by All Thrills No Frills at 18:33