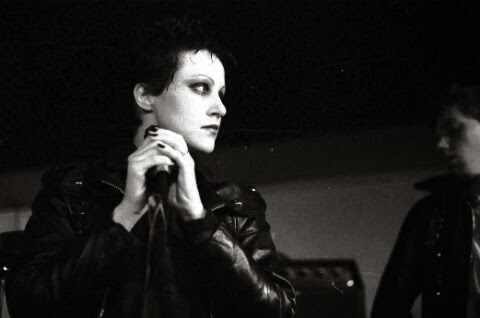 Don't Dictate by Penetration is one of the great punk anthems/singles. I've just started investigating the band's albums, and I wonder why they aren't a more widely/wildly acclaimed band. It's one of my bugbears that endless punk programmes get made about the Sex Pistols and maybe they'll throw in a bit about The Clash, Buzzcocks, et al. But female punk bands rarely get a sidenote mention (hardly even The Slits or X-Ray Spex), let alone the celebration in such ways. I want to see documentaries and books and DVDs and front covers and art exhibitions - surely we can all do the same old tired old punk bingo by now and we need so many more of the other bands of the time to come out of the cracks of history? Crucially, female bands to get that spotlight at last?

There must be so many untold stories. The mediateque at the BFI in London has a superb documentary on Huddersfield punks, including some of the experiences of female fans of the time. There's that whole wealth of non-London punk that needs proverbially writing into history, too.

A couple of full length albums up on Youtube,by Penetration, and they're truly excellent:

Came across an interesting interview piece on Penetration over at Eccentric Sleevenotes, including about their split and then much later reformation (and in fact, the band are touring a bit in a few months).

There is also an interview with Viv Albertine on the same site, which is worth a read. I'm greatly looking forward to Viv Albertine's forthcoming autobiography, and her solo stuff in recent years is pretty damn ace too.
Posted by All Thrills No Frills at 08:24