Hangover music has to be gentle, subdued, pretty... Yann Tiersen, I am calling on you to allay today's legendary, post-party hangover of mine... 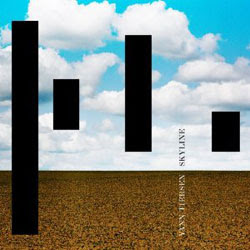 I had thought that digging out my Galaxie 500 DVD would be just the cure - musically soothing, gentle, floating, sublime... But some of those videos left me much more unsettled! Frantic fast, fires, things collapsing, injured animals, flashing images, acid eyes, and so much swirling... It was entertaining to watch an old TV interview where Dean Wareham looked so severe as to be menacing. He said something caustic about having the permission to like fish and chips to Naomi.

I loved the surprise of seeing Dean and Britta appear in the film Francis Ha this year, casually hosting a dinner party. The projects the band members have gone on to do - Dean and Britta, and Damon & Naomi - are all so excellent and dreamy perfect. I need to hear Dean's new solo offerings too.

I digress, this is an off-the-cuff post, but weren't they a really cool band? I neglect them sometimes, but I had a really big phase for them in about 2003. Another thing I realise I appreciate them is how they are so clearly influenced by The Velvet Underground, yet they distil that into such a new sound - they're not doing it by numbers just to re-create their heroes - there're the often piercing vocals like a bird in frightened flight, mixed with gentle, slow atmospherics, a bit of moody, buzzing guitar noodling here, and how stripped back it all is; raw. I think Naomi doesn't get enough recognition as a bass guitarist heroine too. 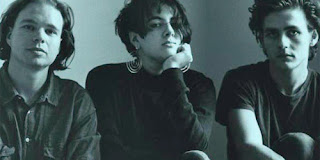 A Galaxie 500 song for you, with superb kazoo use!:


'I think it's okay to wear your own band's shirt onstage during a show, but not for a trip to the supermarket.' - Dean Wareham.

Posted by All Thrills No Frills at 06:49