The Housemartins are the band of the moment here 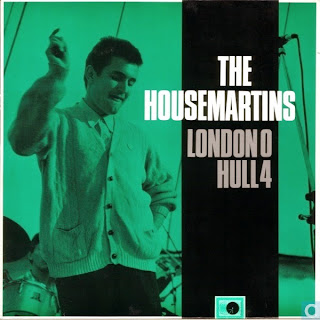 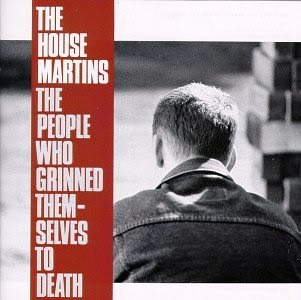 The band whose music most sums up these times, for me, is The Housemartins. Just before the UK election, the animated anthems from the band's first album summed up many sentiments: Freedom about the voting system and power ('So this is freedom, they must be joking'), or Sheep about people thoughtlessly romanticising certain parties, tribe-style, sometimes rooted in the past ('It's the sheep we're up against!'), or Sitting on The Fence about voters' indifference.

It became very clear that I'd overlooked this band at previous opportunities over the years, not listened to the lyrics with care. I could sense the politics in my teens, even with the happy clappy Happy Hour hit single that's actually more sour than most care to realise, but only recently have I appreciated the intensity and brilliantly spot‐on, political vitriol abundant in the rest of their catalogue.

Now the shock of the election outcome is somehow settling into reality, The Housemartins seem an even more pertinent band to be listening to right now. I want to sing out these protest songs loud and clear.

The World's On Fire sums up the feeling most citizens woke up with on Friday 8th May:

You Better Be Doubtful feels like the ultimate depiction of what we're stuck/faced/threatened with. The demonisation of (predominantly peaceful) protesters as 'hate mobs' by The Daily Mail over the weekend as well as countless cases of students being banned from protesting in public or being threatened with criminal results has just come... we're losing our right to speak up against. Not only this but the Conservatives had it amongst their policies that they would 'scrap' the Human Rights Bill (scrap the Human Rights Bill, it's worth repeating since it's in no way a casual thing...!).

'You better be doubtful
You better beware
You better not shout now
You better not care'
Where Build once seemed like an innocent ballad, it now looms like an anthem from the government who so aggressively push everyone towards buying property (not even calling it a 'home', as a home is to live in, not invest in and make money from.. and yes, we do need more housing, but there are other options like addressing the situation of countless empty properties first, as well as not bulldozing social housing to make way for building of more costly or even luxury flats). Since first writing this post, a certain newspaper has started up competitions to 'Win a Buy To Let House', and I feel more disgust and doom about attitudes towards housing, than ever.

My partner thinks that The Housemartins outsmart The Smiths, and I'm veering towards agreeing. I would love a Housemartins reformation. The band warrant far greater reassessment, respect, and so on.
Posted by All Thrills No Frills at 14:43